PSALMS 139:15-17 | HIS MASTERPIECES
#blessedarethemeek
Join us this Sunday for a night of unfiltered, unrehearsed worship and prayer as we seek the Lord together as the Church. 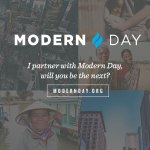 About a month ago, many people in our nation took time to observe a rare phenomenon in the sky known as a solar eclipse, which hasn’t occurred across our nation in totality in nearly a hundred years. The mass attention that this event produced had almost everyone seeking to catch glimpse of the wonder, buying special glasses, and singing Bonnie Tyler’s Total Eclipse of the Heart. To some, this was just a neat astronomical occurrence with no special implications, and to others, it had direct spiritual significance. Much like the tetrad of blood moons that came to America a few years ago, it was a wonder in the heavens that many students of the Bible connected to the prophecy of Joel that was quoted by the Apostle Peter on the day of Pentecost which included that “the sun shall be turned to darkness and the moon to blood, before the day of the Lord comes, the great and magnificent day” (Acts 2:20; Joel 2:31). Now we know that this prophecy is far more reaching than what we have seen in America, but regardless of how we might feel about the event, one can’t deny that it caught our attention as a nation.

I’m no astronomer or a doomsday predictor, but I am a Christian who loves the Lord, loves His Word, and loves people. I never want to be ignorant of the times in which I have been given the opportunity to live. I feel we should always live with an urgency and a watchfulness with what the Lord is doing in the earth, and rather than sit back and just wait for the rapture, I believe He wants His Church to actively partner with Him in this hour of history. We still have a mission to complete.

As I prayed about all of this, I believe the Lord highlighted something to me that I shared with our church: He is looking for reflections of Himself like never before. Why would He highlight this? Out of the entirety of His creation, humanity alone was purposed to bear His image. From the few verses referenced above, we see how God specifically set in place the sun and the moon to rule over the night as well as the day. I believe this can also be understood as a picture of Christ and His Church. The greater light governs the day, but it’s the reflection of that light from the moon that governs the night. Now more than ever, the world needs reflections of the “Son” in places where He’s not already shining.

So God created man in his own image, in the image of God he created him; male and female he created them. (Gen. 1:27)

For those whom he foreknew he also predestined to be conformed to the image of his Son, in order that he might be the firstborn among many brothers. (Rom. 8:29)

John the Baptist was an example of one of these reflections. The Scriptures say, “The light shines in the darkness, and the darkness has not overcome it. There was a man sent from God, whose name was John. He came as a witness, to bear witness about the light, that all might believe through him. He was not the light, but came to bear witness about the light” (John 1:5-8). Jesus called him a burning and shining lamp who went ahead of Him, before His face, to prepare the way (Jn. 5:35; Matt. 11:10). Now before Jesus returns again, He is building up a glorious Church who will go before His face and prepare the way. Every Christian is called and commissioned to be a reflection of Jesus Christ. Reflections don’t have to be popular, educated, talented or wealthy, just willing to get into right alignment.

But whenever someone turns to the Lord, the veil is taken away. For the Lord is the Spirit, and wherever the Spirit of the Lord is, there is freedom. So all of us who have had that veil removed can see and reflect the glory of the Lord. And the Lord—who is the Spirit—makes us more and more like him as we are changed into his glorious image. (2 Cor. 3:16-18)

So as the Church, how do we turn the tide in our nation? How do we “raise the water level” and release the tides of revival? It’s not the position of the sun, but the position of the moon that determines the tide. Though the sun is much greater in size and has a gravitational force that is far stronger, it is actually the “lesser light” that God has ordained to have more of an affect on the tide. He has decided that the amount of water and light from Him that world experiences can actually be determined by our alignment with Him.

In Ezekiel 47, the prophet describes a vision where he was shown the new temple in Jerusalem and water flowing from it bringing life, healing and abundant provision wherever it went. This vision can be paralleled with other prophetic visions found in Scripture such as Zechariah 14:8 and Revelation 22:1. Jesus said, “But whoever drinks of the water that I will give him will never be thirsty again. The water that I will give him will become in him as spring of water welling up to eternal life” (Jn. 4:14). He also said later on that, “If anyone thirsts, let him come to me and drink. Whoever believes in me, as the Scripture has said, ‘Out of his heart will flow rivers of living water'” (Jn. 7:37-38). Isaiah and Paul declared that the light of God’s glory would come out of dark times and dark places, to rest upon His people, pointing others to Jesus.

Now this he said about the Spirit, whom those who believed in him were to receive, for as yet the Spirit had not been given, because Jesus was not yet glorified. (Jn. 7:39)

Arise, shine; for your light has come! And the glory of the LORD is risen upon you. For behold, the darkness shall cover the earth, and deep darkness the people; but the LORD will arise over you, and His glory will be seen upon you. The Gentiles shall come to your light, and kings to the brightness of your rising. (Isa. 60:1-3)

For it is the God who commanded the light to shine out of darkness, who has shone in our hearts to give the light of the knowledge of the glory of God in the face of Jesus Christ. (2 Cor. 4:6)

The flowing water can represent the gospel message of Jesus and the outpouring of His Spirit that began in Jerusalem, but was commissioned to go out into the ends of the earth to bring life, healing and fruitfulness. The light can represent the glory of Jesus as well as His gospel that conquers darkness and leads the path to everlasting life. To be a reflection of Jesus Christ is to make Him stand out through our life so much that others can genuinely experience Him, His living water, and His glorious light.

Being a reflection doesn’t mean be a replica. God doesn’t want robots that all look and sound exactly the same, but rather unique reflections that show the beauty of God through our own original design. We all possess our own assortment of talents and traits that become fully alive and seen when the light of Christ is reflecting off of us. This doesn’t mean that we are any less valuable and beautiful before Christ, but through His redemption, our truest selves are fully known.

Now when they saw the boldness of Peter and John, and perceived that they were uneducated, common men, they were astonished. And they recognized that they had been with Jesus. But seeing the man who was healed standing beside them, they had nothing to say in opposition. (Acts 4:13-14)

I don’t want to just use His name like the sons of Sceva, but I want to look like His name (Acts 19:11-20). Beyond the legal implications of becoming a new creation and having Christ dwell in our hearts through faith, God wants to increase His glory upon our life. As we turn to the Lord, walk with Him, and live a repentant lifestyle, we are giving Him access to make who we are in the flesh look like who we are in the spirit, a new creation made in His image. Oh how I want to be like my Father when I grow up!

As the earth experiences crisis and confusion of all shapes and sizes, my challenge question for the Church, including myself, is this: Where are the reflections of God? Where are those who are in such alignment with Him that they affect the tide in their homes, churches and cities? Where are those who are bearing witness to His light, resounding His message and revealing His character? He is looking for reflections of Himself like never before.

“But may those who love you rise like the sun in all its power!” Then there was peace in the land for forty years. (Judges 5:31)

And again Jesus spoke to them, saying, “I am the light of the world. Whoever follows me will not walk in darkness, but will have the light of life.” (John 8:12)